I’ve already commented on how lopsided the groups are in this tour finals tournament. Murray opens with Cilic tomorrow, a critical match for Murray if you ask me. Having to play Stan and/or Kei with a loss would be bad news for the Brit. 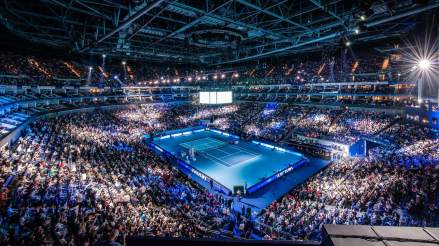 In the end, Murray should get through to the SF. As much as I have no problem recognizing Andy’s incredible accomplishment of chasing-down an idle and off-form Djokovic, I do think it would do him a huge compliment to win the WTF and put a stamp on this ranking. If he loses in the RR stage or in the SF or F, and Djokovic out-points him to re-take world #1, Andy’s short stint at the top would be very very short, and thin if you know what I mean. Andy can do wonders to his legacy by maintaining his #1 ranking through the WTF and to start the 2017 season. This would bode well for his up-coming battles with Djokovic who still has to have a good mental edge over the Brit H2H.

But if Djokovic regains #1 here in November to finish the season at #1, perhaps even beat Murray in the SF or F to decisively settle that score, this, I think, informs big-time 2017. Andy needs all the help he can get. Djokovic’s form and burn-out already pretty much gifted Murray the ascent to #1. Now Murray needs to take advantage of the gift, consolidate the #1-#2 swap with Novak.

I think Djokovic regains #1 at the WTF. If he doesn’t, get him the hell out of here is the way I’d put it. This loss of confidence crap I don’t buy. If he really does lose in the RR stage to that heap of mediocrity (sorry, just exaggerating a bit to make my point) or in SF or F, he’s done. He better get on his knees and pray. That kind of free fall is incredibly soft, weak, etc.

He too needs to take advantage of the gift, that Lendl group of his. I think he does and he wins the tournament, probably in routine fashion over Murray in the final.

Otherwise, the rise of Murray really is on his watch. He can personally put a stop to the Murray merry-go-round, and I suspect he will (unless of course Murray doesn’t even make it out of the McEnroe group. Brutal draw.).  Again, when push comes to shove the great rise-up. Djokovic is more Pete and Roger than he is Rafa. I think. Time and tennis will tell.