Beer and An Analogy

Writing this and sipping a Stone RuinTen, indeed a “recklessly hoppy” triple IPA.  I like it a lot.  There’s a lot going on: starts with a sweet little lift-off and lands grapefruit and malty pine, pursuing a bitter, satisfying end.  Like most big beers (or endurance events to strike the obvious analogy), it’s a journey (but a reckless journey?).  Rob Krar had himself quite a journey last weekend, as did hundreds of other Western States 100 runners.  Congratulations to them all.

Let’s recap the Saturday had by Krar and some of the other elite men; hopefully, as a result, let’s enjoy whatever perspectives we may garner from analyzing the events, the aftermath, and the complicated yet sublime mathematics of this treacherously progressive ultra-running narrative.

As we previously surmised, this was all about Rob Krar.  My simple deduction proved terribly prescient :).  Who can go sub 15:00, flirt with 14:45?  There was no evidence to suggest anyone could stay with Krar.  That was simple deduction.  The ONLY question concerned the CR.  That was certainly my approach.  I wondered what business Krar would have at the race, having already won in historic fashion (2nd fastest time).  He had to be targeting the CR.

The twitter coverage was solid and I proceeded to walk and run around all Saturday glancing down at my phone for updates.  He had isolated a couple of foreigners. . . oh and there’s Seth Swanson lurking AGAIN. . . Bowman hanging tough top-ten, Magdalena Boulet doing work!  Everything was rounding into form.  Go ahead and drop these boys, Rob, and finish this thing.  All seemed predictable, all seemed right with the way this should go.  I had flashbacks to one of the greatest Saturdays of all-time (and I’ve had a lot of great Saturdays): Roes’ 2010 masterpiece (which is still probably the sickest of all and I’ve only been around for a cup of coffee.  Sorry, but that race, with all of the celebrity and upset dramatics. . . holy shit – remember too how Mackey paced him to the track which included an absolute ambush of the punch-drunk Krupicka?! Ahoy!).

Sure enough, Krar makes his move.  He’s under CR pace.  It’s just a matter of time.  The weather is actually facilitating a bit, behaving, if you will.  You all know how it ends.  He misses the CR by a couple of minutes. 14:48. Wow.  I’ve pointed-out the athletic significance of what’s to unfold at The Championships, especially as it concerns the world #1 and #2.  But this type of 100 mile theatrics, the stuff we’ve seen at these big ultra venues (despite my criticisms of the distance), is so impressive.  Mind-boggling.

And yet: I was a bit stunned, actually.  What happened?  No CR.  I texted a friend something along the lines of Krar must be a little disappointed, don’t you think?  I never heard back from this friend.

This type of racing is hard to penetrate.  I know I can’t, but I try without turning my life and the people I love into some kind of stray-cat fight.  I certainly appreciate the distance and the mountains, 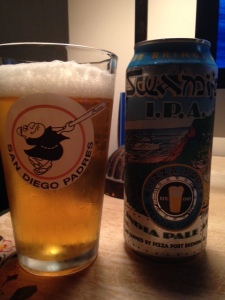 but can’t begin to wrap my thin brain and heart around such an intense life-death-and-rebirth.  I’ve had smaller versions of such loss and triumph, despair and ecstasy; we all have. But racing that intensely in such conditions is almost reckless, or, indeed reckless.  (Oh, Swami’s.  A must have.)

My disappointment was so short-sighted, even a bit obnoxious.  I had taken for granted so much story, so much commitment and focus and fitness and sacrifice. . . I was a bit embarrassed to have even felt that tinge of disappointment.

What sealed this reflective truth were the post race interviews and recalling what I already knew (and overlooked) about Krar.  He was euphoric after the race.  He talked of being in a great place in his life, with his beloved, with his profession, and his commitment to racing.  AJW’s short but heart-felt interview at the finish was pretty telling.  Krar articulated all of those emotions with succinct profundity.  He also said a couple of times that he gave the race everything he had.  This seemed directed at the CR question.  AJW, like all of us, asked if the CR played into his approach and strategy.  Krar deflected.  The heat was a huge factor going in and he raced with everything he had that day.  Well said.  I STFUP.  I really liked AJW’s characterization of Krar: he raced with a certain aplomb, with a class and humility that spoke to his style and dominance.  Great stuff.  Krar building the discourse, expanding the community’s reach, and adding to its soul and. . . its refinement.

The 2015 Western States 100 was Rob Krar’s personal poem.  More than the race itself, this seems to be about Krar himself.  He’s in a great stride aside from WS100.  This is just good news and it has overshadowed the race, I’m afraid.  I learned a lot from watching and following these events.  I learned more having watched and thought about it than I have many a sporting event.  I am truly stoked for Krar.  He does have style and insanely polished ultra racing skills.  What a joy to watch (even more so, oddly enough, in retrospect).  What a champion.

I suppose you have heard about Timothy Olson.  Not that he is a two-time champion of WS100.  Rather, the fact that he has been struggling on the racing circuit since 2013.  Among his struggles include a very tough finish at Hardrock last year and his DNF this last weekend at TNF Lavaredo Ultra Trail.  I got a text from a pal with the now infamous Facebook blog from Olson about his DNF. My friend, I suspect knowing my views on these mammoth distances, is quoted as saying “another one bites the dust.”  Olson’s struggles don’t sound good at all in terms of his ability to compete in these kinds of mountain ultra races.  This is bad news.  When I published my latest 100 miler commentary, I honestly had no idea Outside Magazine was going to publish its expose on the sport two weeks later.  Sure I feel validated to certain extent, but this is bad news.

One can not deny that runners are falling apart in these extreme conditions.

Look at what went down at WS100 this weekend in terms of the carnage.  DBo might be at a kind of crossroads himself.  He heatstroked at a shorter off-road event this spring, and has had a few other tough, grueling finishes to go along with his successes.  His DNF Saturday might just be a “bad day” scenario, but this too could be a sign of something more.

I have another perspective on Krar’s win.  He knew.  He saw the life of the desperado, the line one crosses toward pursuing the “dreams” of these insane endurance events.  I happen to think he chose not to cross that line.  Granted, he would have probably crushed Olson’s WS100 CR; but Krar has to have some, even subconscious, understanding of what is at stake on these stages, in this sport.  Along with the triumphant victory laps around the proverbial and literal tracks, we’re made to hear harrowing stories of premature demise.  I’ve chronicled this unfortunate pattern at length.

Rob Krar, at the 2015 WS100, showed us how to dominate in style without (hopefully) falling victim to such history.