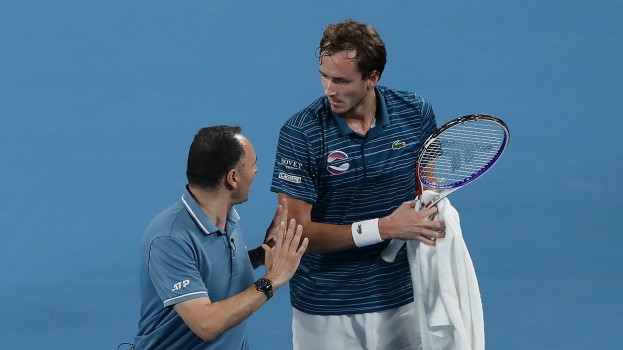 Tricky tie here. Like Evans did to AUS in that QF, can another one-hander give his side an edge? Khachanov has to be favored here though I haven’t really seen the Russians play, although I did see Medvedev basically tell Mohamed Lahyani to fuck off during the Russian’s rubber against Schwartzman. Lahyani practically gave Medvedev a kiss — the player took two swipes (that I saw) at the actual chair, which is more or less feigned assault. Daniil was being an asshole. Nothing new here. You know how I feel about this kid. I think he’s got a mental fortress which he can use (as we know) to overcome all sorts of difficulty (we’ve been following him for two years, at least). But he’s also a punk and his tennis, in my humble opinion, has a definite ceiling. I was not one to crown him a legend during his U.S. Open final against Nadal. He lost. Next. His talent has been on the radar for awhile. 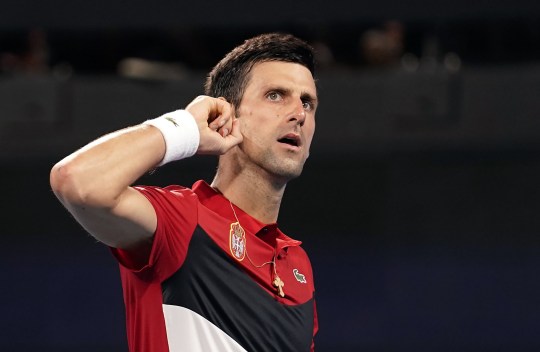 How hard does Novak have to work to beat Daniil? That’s the real question. With Karen likely winning the first rubber (though I am certainly rooting for the one-hander as that’s one of this writer’s missions, as you know, and he has quite often shown-up in matches and can play well), Novak has to win his match. It’s that simple.

We suspect a very entertaining doubles decider will ensue for the right to move-on to the Final to play the winner of Australia and Spain, who clash later tonight (can I stay-up all night and watch?).

More on that later.

My sense is that Shapo is playing well and really tested Djokovic yesterday (another one-hander :). Meaning the Serb, all things being equal, takes care of Medvedev in two.

Talk to you soon.