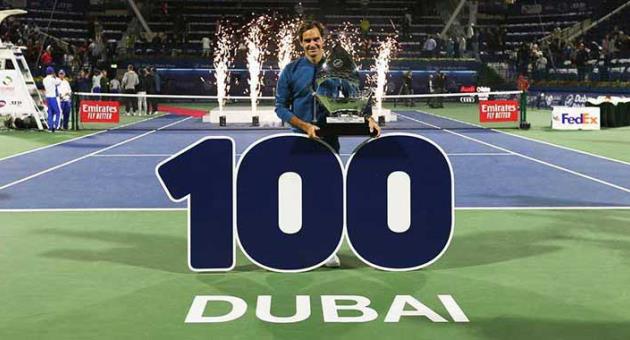 Splendid runs from these two tennis power houses. Ah, but the Kyrgios claim to fame is a bit more complicated than that, no?

I see mentioned that only hours before his final v Zverev, he was jet skiing. The guy lives and breathes to a different set of rules, but this can get overplayed if he’s doing okay, not making a fool of himself, making himself, his family, friends and country proud (if those things matter to him, which most of us believe they should, especially the first two). If he’s being “responsible,” being different is totally acceptable, even valued. Some people might have only a certain standard and expectation that they feel others should live up-to. This sort of perspective can render the one in possession of this narrow-mindedness increasingly frustrated and, at worse, bigoted.

But Kyrgios’ “difference” often doesn’t seem healthy. He acts often like a clown, a petulant child who doesn’t seem to know what he wants or what he’s doing. Most of us have given-up on this tired act.

And then he pulls-off a run like this last week in Acapulco. I saw highlights of most of his tennis, but I did catch live a fair bit of the Nadal match; I saw the end of that affair though my streaming device didn’t have sound. I missed some of the drama, I think. Kyrgios can light a place on fire, so to speak. 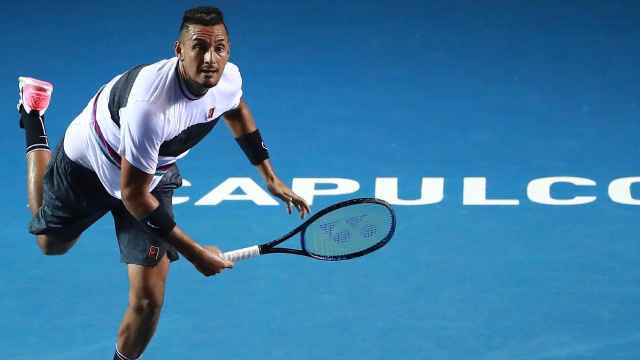 Watching Nick battle back into that match, given his early threats to retire, etc., and then putting together that magnificent business-end of the match brilliance, which we’ve seen before, staving off three Nadal MPs, finding just enough brilliance to counter the Spaniard’s evident choke . . . then the hand-shake, the boos, which I picked-up only from Nick spurring it on; I mean, what can you say about this guy’s kairos? He can sure pick some incredible moments to make himself and the occasion matter.

Then his epics against Stan and Big John.

I said last that he wasn’t out-of-the-woods until he beat Zverev.

He routined that small ocean wake.

So what do we have here? Is this a new Kyrgios?

We’ve been here before. In fact, in 2017 he beat Djokovic in Acapulco QF 7-6(9) 7-5. Nick has played brilliant many times before, especially (as I pointed-out earlier — as anyone watching tennis will remind you) against the Big 3.

Speaking of Djokovic and 2017, the Aussie beat Novak again that year, a few weeks later actually in Indian Wells, this time R16 6-4 7-6(3). Not only was that a second straight win against the Serb, but the result prevented a Federer v Djokovic QF (Cue the Djoker fanclub talking about H2H half-truths).

Nick has been a wild card all the way back to that infamous 2014 Wimbledon R16 vs. Nadal, when the then 19 year-old took out world #1 in four sets. Said Johnny Mac of the match, via The Guardian: “We’re watching a young boy turn into a man. We have a new star on our hands in the tennis world.”

Federer, more recently, has been able to subdue Kyrgios. The 2017 Miami Open SF was three TBs of very high-end tennis. They had another good match (non ATP) in the inaugural Laver Cup final match with the competition on the line. Kyrgios had Federer beat, but the Swiss prevailed, pretty dramatically.

Lastly, Federer came from a set down to beat Nick in Stuttgart last year to claim his first Mercedes Cup title.

Even in these losses to Federer, Nick has proven to the tennis world that he’s very legit. He just fails time-and-again to back-up these brilliant displays of what we simply call unplayable tennis.

He looked strikingly good this week, the relaxed and very solid BH to go with his whipping and deadly FH. The serve, of course, is simply monstrous when he’s in that zone. Certainly Nick Kyrgios in form is a scary tennis game to behold.

But no one is going to take him to win Indian Wells or Miami in the next few weeks, right?

Nick, in one of his post match interviews today, getting coy with the media, said he should maybe get more serious, perhaps even hire a coach.

I could argue that as much as a win like this does him good, it could actually enable his act, might validate his penchant to be true himself: a young soul who prefers to fuck around but get serious only when the circumstances suit him. Looks like Acapulco suits him. Well done, Kyrgios; absolutely brilliant stuff.

Just as Nick’s Acapulco run comes-off as a kind of fuck you, tennis world; Roger, as I so eloquently said yesterday, might have put-together a similar type of message board, though his carries a bit more weight.

We’ll keep this simple as it’s getting a little late.

Looking at the draw, I did not think Federer had the greatest shot at #100 here in Dubai. He had the tough couple of matches against Kholschreiber and Verdasco, followed by a tilt with Fucsovics. He looked vulnerable in all three though his straight-set win there in the QF was a good sign for his highness.

But then a potential SF against Coric, who has beaten Roger, if I’m not mistaken, the last two times, in the 2018 Halle final and the Shanghai SF? Halle final? Is that right? Preventing Federer from winning his 10th? The Croat then manhandled Federer in Shanghai in October 4 and 4.

Though I did wonder about Coric’s form as I previewed his QF with Basilashvili, this still had to be a tough look for Federer, who hadn’t yet looked very formidable in Dubai.

This is where the attacking tennis really kicked into gear.  Tough to say how Borna handled the early break and Federer pressure throughout — did the Croat take his foot off the pedal, is he battling a little injury of sorts?

Federer took care of that doubt either way: 2 and 2.

Let’s not forget the IW SF that I watched in person where Coric had Roger by the throat. The Maestro needed all of his magic that day to escape a rising young Croat who looked like the kind of talent who could break into the top-ten, make some real noise on some bigger stages of this desperate tour. Halle and Shanghai seemed to build on that intuition.

Federer took care of business. Next up, a rampant Monfils. Wait, what!

Did you see the Monfils vs Tsitsipas SF? I watched the first couple of sets. How Stefanos managed to get by this particular Monfils is a testament to his Greek fight. He was just about done in that second set, down a set. Monfils, coming-off his win in Rotterdam a few weeks ago, is playing some really solid tennis. His defense is incredible, his ability to hit nice angles, over-power his opponent from the BL, cover the court with that athleticism: like Kyrgios, we’ve seen it, but this was a truly relentless Monfils.

Somehow Tsitsipas got that second set to a TB, out-dueled the Frenchman there, and the rest is history. The Greek looked absolutely bagged in that second set, getting pushed all-over the court, needing to take a little time between points, etc. Coming back like that, showing that kind of grit, with that classic, attacking game of his is truly a blessing for this two-handed mosh pit that is the end-of-times version of this sport.

Which brings us to Tsitsipas v Federer for the Dubai title. I wouldn’t have bet on Tsitsipas necessarily, but again, tough to look past Melbourne and having survived Monfils, I wasn’t about to say that that ~3 hour match would hurt him against Federer.

Federer looked great from the BL, especially in the last two matches, but his net play was pretty stunning, really. I suppose these conditions suit him pretty well, and we know he loves to play Dubai. But this was quite a display of attacking variety and solid serving from the world #4.

And certainly congrats on #100.

More than anything, we have to sense these runs from Federer as more and more rare or unlikely. This was definitely a solid draw, but as the fields deepen at other 500 level tournaments, and even more so at the 1000s and majors, Federer will probably show his age. Hopefully not. But probably so.

Aside from the courtly fuck you uttered across the net to these last two young nemeses Coric and Tsitsipas, there might be even a bit of that sentiment to the peanut gallery, even for someone like me, skeptical in some of my blogged blasphemy.

Do I believe these legends try to send messages to one another? Is there any truth to what some of the commentators said today, that perhaps Novak’s stated desire to surpass 20 majors might have lit some of this fuck you fire we saw this week in Dubai?

This is certainly one of the more intriguing aspects of this golden age that the last couple of years have written in hard, clay and grass court paint: these three continually push each other to greater athletic and championship heights.

For Federer, we’ll take it: knowing these runs through difficult draws to the podium spectacle are less common and more unusually brilliant.

For Kyrgios, let’s just wish him the best.