A quick note on the Kitzbuhel tennis this week: I have not seen any of this Austrian clay foray, but Thiem, top-seed, is out to Klizan 61 16 75.

Thiem of course has been of some interest here at Mcshow Blog for years, but a recent discussion has been sparked with a reader/commenter who drives a lot of interest and insight about this player. Maybe you’ve read some of those comments, on older posts and some more recent.

I completely understand one’s desire to play a tournament in one’s home country, on one’s favorite surface (maybe Dominic received quite the appearance fee), but clay is yesterday’s news, everybody. Time to get your hard court shoes tied, broken-in and ready to roll.

You know I’ve always enjoyed the hard courts. To me, this is the best surface, the quickest, the truest and often the greatest test in the sport, culminating in NYC for the United States Open. This is where the best players through out the history of the sport have shined the brightest (which adds more layers of complication to our GOAT debates with players like Borg and Djokovic having struggled a lot or a little bit there — respectively).

Indeed, this is about the truest bounce and the toughest test (hard courts); if you sense some bias here, you’re new to the blog or don’t have enough oxygen.

Mine eyes got a bit of the Washington D.C. tennis yesterday.

The Zverev brothers square-off today, first time on ATP soil, I believe. They’ve played twice before with Mischa getting two wins over his brother, which certainly happened before Sascha’s last couple of years of world class tennis. At #3 in the world, the younger should be too much for his older S&V bro. I hope TC televises this one. A chance to watch a S&V put the heat on one of those BL bums is such a treat (more from the style council in a minute). This match might have some interesting psychological layers between the volleys and ground strokes. Sascha is the defending champ and playing near the top of the sport (those are facts) so he should have enough tennis and confidence to advance. But again — I want to see this just to make sure 😀

Shapo v Kei is the next R16 match, which should be good, as well. I haven’t seen Shapo play this week, but he did come from behind to beat the tough young Medvedev, so his hard court spirits seem to be up. Remember, he really arrived last year at the Rogers Cup, showing that panache that’s defined his last year on tour, beating Rafa there in Montreal. We need a lot more from this kid; he makes the tennis world a better place.

Nice to see Kei beat American Young yesterday. I watched a bit of this match. Young has some pretty FH in his little arsenal, but he can’t sustain that quality and he’s got a terrible attitude. I’ve seen him make a scene on the court in pretty embarrassing fashion.

He has enough to beat Wawrinka in R1, but Kei was too solid, stretching his pretty solid recent form here onto the N.A. hard courts.

Shapo v Kei could go either way. Might come-down to Shapo’s UE. His high-risk tennis can get him into trouble, as fun as that might be to watch. This one is on Shapo’s racket.

Goffin v Tiafoe is next. I watched the Belgian close-out his French opponent, P-H H, though this was very tight. Goffin came-up with some nice clutch points in that decider TB. He’s always going to dig deep, but he might be up against here v Frances.

Tiafoe is a local boy (D.C.) and playing pretty well. This is another good match-up.

I’m pulling for the Tiafoe v Tsitsipas QF, so that’s where I think this one goes, but Goffin could certainly take the American.

Tsitsipas has Duckworth next. The Greek should go through. Again, Tiafoe v Stefanos is a nice (potential) look at some big boy tennis in a few years. Tsitsipas was down a set and came back to beat the American Donaldson. This teen has a lot of game and maybe even more heart. Great stuff. Keep it rolling.

Chung is back and gets winner of Johnson and de Minaur, the Aussie up a set to none (match interrupted last night).

I watched almost all of the Murray v Edmund match. Great stuff. Looked like the former world #1 had the upper-hand on his pupil in taking that first set TB — the younger committing too many costly errors there down-the-stretch. But Kyle came roaring back, taking the next set 6-1 and playing a tight third set before cracking under Andy’s recovery program.

Great to see Andy playing this kind of tennis, again. The tennis was pretty typical Murray, solid ROS, great defense, but these boys really pushed each other in that third set. Murray’s class (experience and strength) was just too much for the sophomore. But great stuff from each and this note on Kyle does represent the boundary between the je ne sais quoi and the shinola of the ATP (almost there; give me a minute).

The final QF of the draw will be made-up of the winner of Pouille and Kudla against the survivor of this four-top: Isner v Rubin and Rublev v Paul.

Haven’t seen Tommy Paul in about a year; he made a nice showing in D.C. last year, losing to Nishikori in the QF — 63 67(8) 46 — despite having a MP, I believe. He beat the likes of Ruud, Pouille and Gilles Muller to reach that QF. This American is a talent, great athletic style, but needs to stay healthy and build some confidence.

Rublev leads that match one set to none. The Russian, of course, is a beast himself. Hope I can find some more of this contest. They’re hitting the shit out of the ball (kinda like that Murray v Edmund — I might not have said enough about that match. Great fun).

Ah, the old “great fun” description of a tennis match. Is watching these matches fun? I’m enjoying this hard court tennis quite a bit.

But we may as well entertain again this discussion of tour futility or impotence when we’re talking about anyone right now but Federer, Nadal and Djokovic (welcome back, Novak).

Again, here me out: I am enjoying this D.C. tennis. I would enjoy some of the Los Cabos tennis, as well, even some of that Austrian clay — but given the continued strangle-hold of the big 3 on this tour’s most prized possessions, doesn’t the bigger picture hinder a bit of this enjoyment, entertainment or hope?

As I made reference above, I’m rooting for Shapo today not just because I really enjoy his tennis and competitive spirit, but because the tour is desperate for a guy like that to build Bo5 confidence and physicality.

I’m invested in Tsitsipas in the same way. Even Edmund a bit. Chung perhaps though I almost forgot who he was 😉

You know the story here. The lost generation has morphed; we’re into a place that tennis does not want to be.

What are the chances that someone other than Nadal, Federer or Djokovic wins the U.S. Open? Sure Del Potro will probably come through swinging heavy in that hot and heavy New York City major championship atmosphere; but his BH and the class of his elders will probably undermine that man’s campaign. There are others with less of a chance facing the same tennis tyranny of this golden (dark) era.

I believe I’ll be returning to that discourse that exposes this era we’re in, that over values this era beyond reason. It’s absurd.

The complication is in the pure talent and championship quality of the big 3, but there’s so much that is different about this era: this has to be discussed more.

Why are the younger players having so much trouble making the grade at that next level, the championship level where you find the big 3 competing?

Most, at this point will say that beyond those gents’ pure all-time level, the physical nature of the game has evolved, that the game now requires just that much more physical strength and endurance. But we know from just watching the game that the style is just so much more physical. And the biggest culprit here, or reason for this change stems from the advanced technology of the sport. This is such an obvious trend and reality yet it’s ignored like somehow everyone seems to ignore (in some way, shape, or form) the obvious criminality of Trump. 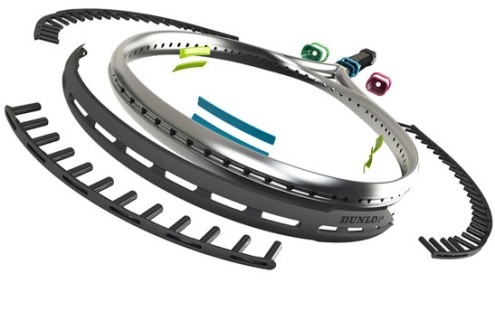 How in the world can you compare, for instance, Jimmy Connors to Rafael Nadal? This is impossible. The style of the game at this point is for the most part just a slug fest, but the rackets and strings have everything to do with this (the different material make-up which involves science-fiction type technology compared to anything before the introduction of these materials – about 20 years ago).

So, here’s what you have: guys half as talented probably as players from different eras, playing with superior technology that’s softened the misses and sharpened the makes.

And because of this, guys are not developing their games. Why is this blog a Writerly Serve & Volley? Why can’t I wait to see Mischa take it to Sascha? Why is the argument for Federer’s genius so formidable?

Because there is something inherent about the class and skill of this style of tennis that does not rely on a steroid-like racket with steroid-like strings, used by a player who builds muscle more than his all-court game, appreciated by a fan base that’s so biased and lunatic that the discussion returns to another reference to American politics.

The fanaticism, the numbers, the personalities, the culture. . . are just a bunch of frosting on this shitty cake that’s being eaten by only 3-5 players on this forsaken tour of forsaken style and character.

This is not difficult to read.

We’re enjoying the tennis of this week and next and so forth. But don’t let that fool you.

2 thoughts on “Washington D.C. Thoughts and Prayers for the Dark Era”