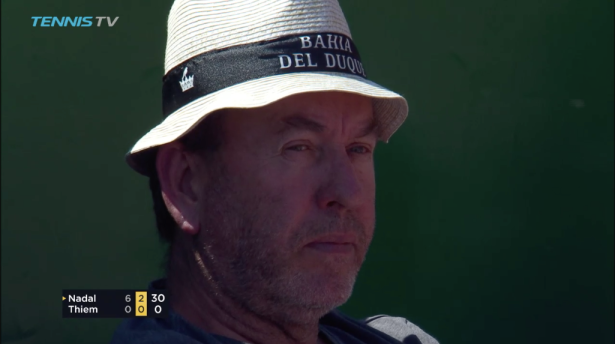 Another easy win for Nadal, acquiring his 17th major.

Imagine if Thiem (really his coaches) had a clue, any semblance of strategy toward point construction, variety, playing percentages? Hitting the ball as hard as you can just won’t cut it in Bo5. Sorry.

Winning a set from Nadal has become truly mental.

The Thiem coaching, Bresnik et al., failed miserably. Dominic empties his tanks, which is all you can ask of a player. This was easy pickings for Nadal. Bresnik has a name and that’s it. He didn’t believe in Dominic. He said so in a recent article. This is not winning tennis.

“Nadal, in Paris, best-of-five, is still half a class above Dominic, half a level too good,” said Bresnik, who has coached Thiem since Thiem was 9.

With that in mind, Bresnik said he did not anticipate a victory for his pupil this year.

Get this into a fourth set, Bresnik. At least. You’re a buffoon.

And lose the hat. Your look is as sloppy as your teaching.

Nadal, on the other hand, and his merciless preparation and coaching: Bravo.

You have a plan. And it works. As tiring as French Open tennis is, as uninspiring as it is, Nadal remains an incredible example of focus, drive, and competitive genius, which is above all: winning at all costs.

As long as the rest (or most) of the ATP continues to have a different agenda, keep collecting, sir. There’s no end in sight, especially with guys like Bresnik maintaining that kind of credibility.

Separated at birth: Bresnik and Dumusois. 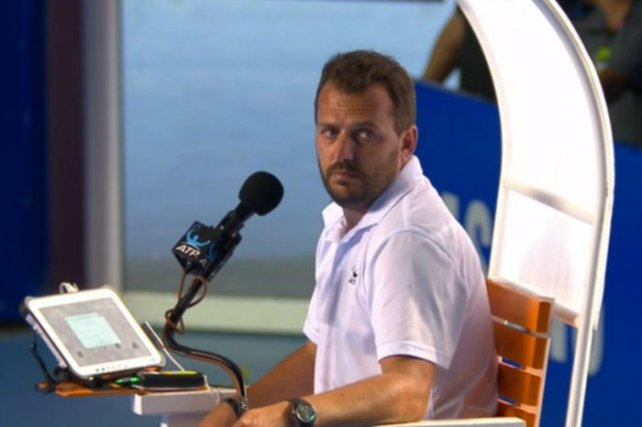 Stay tuned for a much longer meditation and analysis of this tournament, etc.