This contrast of player is becoming more and more definitive.

The soft two-hander of Goffin who was up 5-1 in the first set of his match against Cecchinato (as they enter the second set), but lost 5-7!

The belligerent one-hander of Shapovalov who played a nervy, tight match against Berdych, but overcame the soft Czech with that attacking, fearless tennis the 19 year-old is owning. 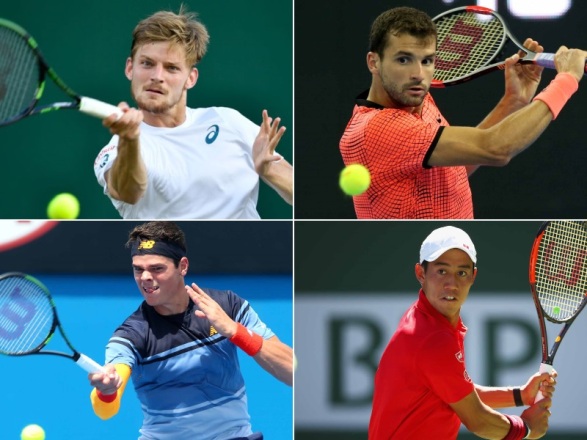 These Dimitrovs, Nishikoris, Goffins, Raonics, et al., are getting handed a little note by the tennis gods that reads: “For whatever reason, your malnourished and ego-less game stinks. Pull your shit together.”

This is becoming a bigger deal in our eyes, enough to really follow, chart and write about this with its own banner ala Mcshow.

Shapovalov almost lost that match, the biggest reason being his high risk and lack of patience, for instance where he needs to hit BH CC rather than DTL because he’s out of position, it’s clay, etc.  But the kid’s courage and clutch pulled him through. This is becoming a nice little trend on tour. Berdych, despite some nice 2017 play, is unwatchable at this point.

And this Goffin v Cecchinato match. Goffin is now up 2-0 in the second, but having the first set 5-1 and losing 5-7 is just too typical and wrong.

Six-degrees of Dimitrov haunts the ATP.

Next Gen looks to stomp that brand of tennis into extinction.

Goffin is serving for 4-0 in the second. Doesn’t matter at this point.

Damage done (and by the way, the Italian is serving for 2-3 now).