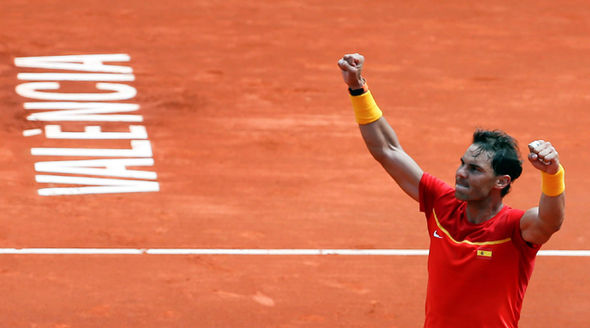 Nadal murdering Zverev on Davis Cup dirt in Valencia 1 4 and 4 is certainly ominous and same old. Sure he had the favorable home court advantage, but you and I know he’s unclayable, especially now, knowing this has to be the final chapter of Fedal (yes, they’re officially attached — 2017 made sure of this — at the hip); he knows he needs the points and really no one has the game to test him, even at this point in his career; it’s go-time for the Spaniard. Zverev, with a clay Masters already in his trophy case, looked utterly forsaken out there, Thiem is recovering from a bad ankle/foot (not a good look), Del Potro is probably gassed until North American hard courts (hopefully not) and .  .  . who else is there?

The way the ATP points-ledger reads, to keep #1 from his BFF, Nadal can’t lose a single match up through Paris. Talk about a tall order. Yet we get to watch him most likely do just that.

Nadal’s clay mastery seems a pretty straight-forward recipe: his depth behind the clay BL is practically a taunt, the speed of clay only adds to the time he gets to chase and return big, stylistically he’s one of the great retrievers of all time, and his FH (and BH) with the insane spin, given the bounce of the dirt, renders new comers hopeless. Perhaps the greatest ingredient, which goes into a lot of those other ingredients, is his footwork. Like Pete and Roger own the grass dance, Nadal owns the play on clay.

Go watch (again) this recent DC tie with Zverev, who happens to be playing with confidence. Hopeless against the almost unbreakable Rafa on red, thriving. 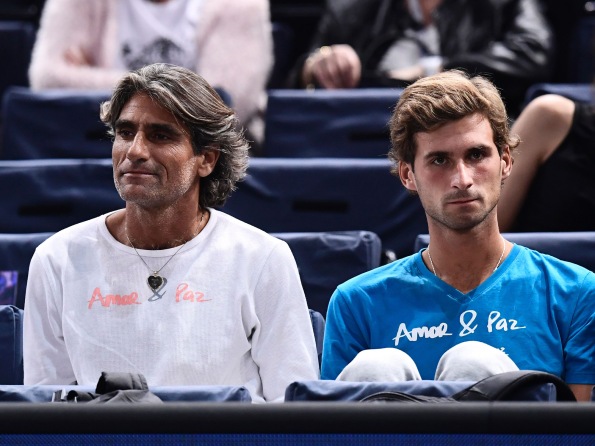 The other part of “Same Old” is the reign of Djokollapse. Ladies and gentlemen, what in the world has happening with the Serb? I brought-up the insane possibility in a recent post that he might have been poisoned. He’s worse by the day. Think about that: he’s worse now than he was during the summer/autumn of 2016. Something’s rotten.

As someone pointed-out, if a coach mentions he’s split with a player, that seems to suggest the marriage was pretty toxic. Djokovic didn’t say anything about the split from Agassi until he announced a few days later his split from Radek. Agassi got footnote status. Ha!

And now Marian is back, which seems pretty logical, actually.  Holy-shit, my life is in ruins, perhaps I should call my old pal. Then again, maybe his inner circle only ok’ed Marian.

We know not the details, but we know the aroma, the leaky look of illness that makes us sad and mad.

What the fuck has happened to Novak.

At the same time, Monte Carlo is only a week away!

One thought on “Same Old”