I watched just a bit of the Federer v Cilic though I happened to catch the end of the first set TB. That was just strong tennis from the big Croatian, no two ways about that. Big serve, hitting lines and finishing at the net. Set point was brilliant.

An odd set of circumstances: the only relevance of the match is in ATP points, cash, and, potentially, seeding in the Semifinal for Federer (and the players’ confidence, I suppose); really not much tournament relevance at all and here’s Federer down 0-1 probably wanting to get his legs up to prepare for some bigger matches over the weekend. 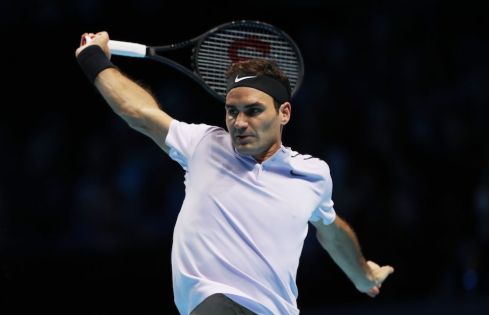 The last two sets went by while I was working, not that I or probably anyone really thought Federer would lose; nonetheless, the second remained tight, he finally broke serve to close that at 6-4 and ran away with the third.

All-in-all, Federer has to be feeling quite good. He’s looked good when needed and he’s been tested a bit, by both Zverev and Cilic (not that today’s deficit was that worrisome given the relevance).

We’re at that point where we want to see some great tennis, but given the remaining players, most probably suspect Federer to close this out and win his seventh Tour Final.
He should, no question.

Through the years, however, you learn not to take things too much for granted. Federer is a good example here, actually. The best player in the world doesn’t always win these big matches or tournaments; this we know all too well. I recall seemingly countless French Finals back in the mid aughts where we thought Federer, the best player, might win one (that, of course, is an odd example given who he played. But Rafa hadn’t yet built his statue there).

The point is the best player in the world didn’t win. With Federer we recall, aside from the several French, 2009 Australia, or 2010 U.S. Open, among others. In Sampras’ case, we think of 1996 Wimbledon, among others. Obviously there are many many examples concerning many many overwhelming “favorites.”

I don’t really see Federer losing to a Goffin/Thiem in the SF, nor a Sock/Dimitrov in a final (although most tennis fans probably wouldn’t mind seeing Dimitrov finally fulfill his destiny — but then again, that guy’s destiny seems recycled news at this point).

All signs read Federer: on this court, this year. We’ll talk more later about the Nadal story-line here; I began our London commentary with a few words on Nadal (Nadalism), all of that jazz that turned circus music in the O2. We will have several more thoughts on that turn of events that goes back to Shanghai, to Paris-Bercy, etc.

Teaser: what in the hell was he doing in Paris?

In the other Becker match today, the match that had massive significance, Sock prevailed. I saw this coming. By the way, I didn’t even bring-up the Sock-factor in the 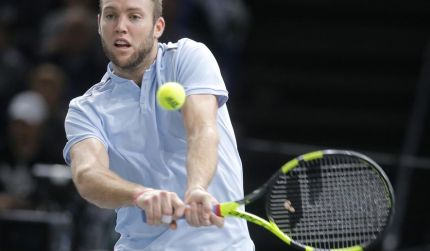 group draw. Having just won Paris, here again is a player who might be surging, peaking, as we like to say. Why not put a guy like that (or Zverev – always dangerous, or even Cilic) in the Sampras group to bolster that Dimitrov-only group.

You all know how I cherish Thiem’s tennis, and have written glowingly even about Goffin, but their current form/health, I would say, suggest this is not the Thiem/Goffin from April/May.

Now we have Zverev and Cilic going home (Cilic has a pretty poor Tour Final record going. . .for sure).

I wouldn’t be surprised if Sock beats Dimitrov. Grigor’s tennis can rival some of the best in the game, but Sock has played some pretty meaningful tennis throughout his career, as well — perhaps even more so. He’s not as green as he may look.

He won Wimbledon doubles in 2014 as a 21 year-old. He’s played a bunch of Davis Cup, won gold in Rio mixed doubles. Sure his claim-to-fame has been doubles, but he’s been sliding up the singles rankings the last couple of years. And sure he won a down draw in Paris last week, but that’s still a 1000; it’s better than nothing, and yes that’s bad sarcasm.

His BH is improving by the match (like Del Potro’s BH this year. People would say, in September, Del Potro’s BH sucks. I would ask if they saw it in February. These players’ games improve, believe it or not).

I saw in person the Sock v Federer SF in Indian Wells this year (yes, Sock made that SF). Sock beat Dimitrov in 3R in Indian Wells, staving-off a few MPs from the Bulgarian. He then beat Nishikori to reach that SF where he made a little showing in the second set, playing Roger to a TB (4-7).

In other words, this is not an American getting jingoistic on a lone Yankee in London. That’s not how I roll and you know this. Sock is playing well, has been playing well. The call for him to give Zverev all kinds of trouble was not a stretch.

And what in the heck happened to Zverev’s FH and serve? He really fell apart in this tournament and I don’t think all the slice BHs coming his way was a coincidence. Everyone read that report and it still stands: a guy that tall will struggle big time on occasion, especially on a surface like London, having to go low like that and hit his robotic (but very effective) two hander.

So, Sampras wraps tomorrow. I am rooting for Goffin actually, sorta, partly because an old reader of this blog, Wilfried, countryman of David’s, seems a bit annoyed at some of my discourse (if I’m not upsetting someone, I’m not doing my job). No hard feelings, my friend.

Despite waving my tiny Belgium national flag, I think Thiem will look to take advantage in this Western-Central European scuffle. Hopefully we, the viewers, win in this one.