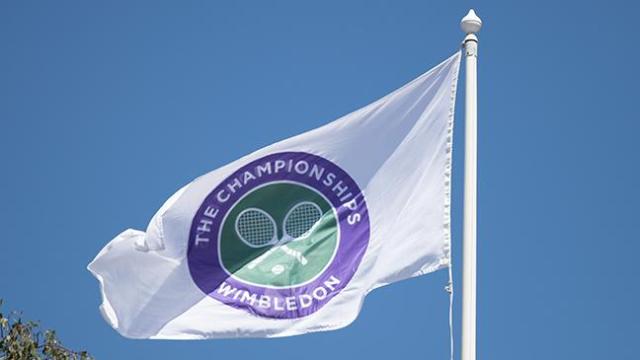 Brainstorming these kinds of elements (adding to the overall perspective of the match) can help one see either a strategy or a theme that may help clarify the outcome – which is often coincidence. But there could be irony, logic, tragedy and beauty (emotion) that all come into play in such an event, especially one that involves humans contesting a tennis match, one-on-one, mano y mano, the stakes so incredibly high (or not that high really, considering it’s just a tennis match and there are so many other things we can and should worry about in our world and our lives).

Start with the Federer legacy, his drive to reach numbers that may be more important to his legion of fans than to him (probably not). Numbers on the line: #8, #19, and then the year-end numbers that would coincide with reaching #1, year-end #1, WTF title count, etc. (Sampras has said that the year-end #1 was one of the most important achievements of his storied career – he ended the year #1 a record six times).

How about the 2017 storyline that continues and is part of the numbers. But the resurrection itself has a story, the continuation of 2017 Fedal, how these two have cemented their legacies together even more because of their incredible success this year, dominating the tour at the Masters and the Majors. Unreal really.

I would remind everyone, regardless of the outcome of tomorrow, how Federer’s run here, this fortnight, also extends his historical consistency, his insanely persistent high-level of tennis into his mid-30s. When all is said and done, this kind of relevance (and dominance) at this age could be the real deal-breaker when one enters that discussion of greats. He’ll be 36 in about a month. How well will Nadal be playing in five years, Djokovic in six years? Exactly.

What about Cilic? He’s won a major already and has made the WB QF, I believe, four consecutive years. That’s a trend. At the USO, there was virtually no warning before 2014 when he stormed the tournament and turned-away everyone, including Federer in the SF. At least at WB he’s made some steady progress and seems ready to take that next step.

Speaking of the USO, there is the similarity here that people are seeing between this match-up and the 2009 match-up in the USO final between Federer and Del Potro. Federer has another youthful 6’6″ power broker with whom the three-seed has to negotiate, somehow, a profitable outcome. Federer was up 2-1 sets in that affair before the quiet giant stuck-around and outlasted a much younger Federer.

I think this youth (Cilic isn’t exactly “young” but he’s playing an almost 36 year-old, so he’s “young”) vs. age is a critical story-line. This plays-out in sports all the time, as Father Time is undefeated. Venus Williams’ run ended today in this exact way.

Federer has been dominant in 2017, but he hasn’t had to play an in-form Djokovic, his victory in Melbourne came, in the end, against a Nadal who is not young. His victory over a monster Kyrgios in Miami may have been some of the most impressive tennis we saw from the Maestro this year. He turned-away a youngster.

But here again he has to play a guy who is younger, stronger and may be playing better (we have to wait for tomorrow’s match to determine this last comparison).

Federer will have to outsmart Cilic as much as out hit him. He will need to out-clutch the Croatian as much as out-serve him (Cilic has twice as many aces as Federer in this tournament: 130 to 64).

Indeed, the youth vs. old age theme is a biggie in my book. Federer has to do a lot to overcome that in my estimation.

As for the tennis statistical arguments and themes, help me out here with some of your own research. Federer has been better than Cilic in the UE department (~12 to ~23 a match — though WB apparently is pretty conservative with these numbers). Federer, we know, has to continue to be much cleaner than his opponent. If we get that FH abandonment or his vaunted (improved) BH goes awry, we have the 2014-15 Federer who just doesn’t have the goods in the end, in the final, against a younger, stronger player (Novak, Cilic, et al.).

I think a very interesting trend could be one that Federer might have broken or bucked. Go watch the 2014 and 2015 WB semi-final matches in which Federer routined Raonic and Murray, respectively; of course, he came-up short in the final with what people might describe as less ascendant form. Even though this year’s SF vs. Berdych was in straights, I think many of us agree Federer’s tennis seemed a bit “off” his more dominant 2017 form. So, is this the case where he’s saved his best for last, kept his game in a lower gear vs. Berdych early-on in order to save some of that higher gear for the final?

This will be an interesting one to watch, for sure.

There are probably several others that add to our perspective and understanding of this match. Chime-in. While there’s still time.