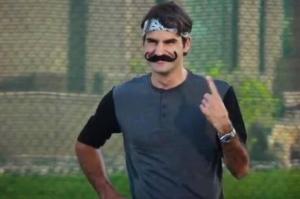 I need to keep this short and as clear as I can.  The last post meant to clarify this but it was lost.  I’m afraid readers thought I was writing about the GOAT debate.  No way.  If anything, I was saying to all of the Djoker GOATers, slow your roll: you have much work to do before you can even say GOAT, let alone sound like a dying goat.

What that means is that the sport has a clear hierarchy of all-timers.  If Djokovic were to retire tomorrow, he would in fact have two of the all-time seasons to speak of.  2011 and 2015 are simply brilliant.  No question. But he has to surpass Nadal, at least, to get into the Big conversation.  Just the way it is.  That’s all I was saying.

Djokovic will always have Nadal and Federer as his closest comparisons.  For the H2H knuckleheads, there’s not enough time left for those to get too crazy.

Some think he’s better than Sampras at this point.  I might even buy some of that stock, but 5 USO and 7 Wimblies are downright scary.

Djokovic is playing just brilliant tennis.  The consistency is the most compelling element because that then reduces any quality of opponent issues.  He wins or reaches the final in nearly every tournament he plays.

So does Federer, these days.  In the last post, I wanted to bring-up Federer’s coaching.  When do you bring-up someone’s coaching?  Generally, when they are underachieving in some respect.  Some might argue, including me, that Federer is over-achieving.  But, listen up.

The Nadal and Murray coaching contexts are interesting.  The former is clearly underachieving and the discussion surrounding his coach/uncle is fairly demonstrative.  Nadal has probably done with his coaching what Federer did with his racquet: too stubborn for too long.  Toni isn’t going anywhere and neither is Nadal.

Andy’s coaching concoction is similarly impotent.  He had a run with Lendl, achieved big-time, and now he’s in the fetal position.  For his sake, let’s hope he leads GB to DC glory?  Actually, I do not want to upset my Belgian readers.  I enjoy Belgian soccer and beer too much, as well, to promote any demise of a Belgian side. 😉

In the end, the coaching is critical.  Federer’s problem is he is still so. . . Federer.  You think that’s not a problem?  I understand, given his career.  But it is.  He’s too convinced of himself, of his tennis, of his incredible legacy resonating like the Fed Express nation of carolers harmonizing outside his front door every evening of the year.  It’s always Christmas in Federer.

Other than his racquet, and perhaps a little S&V, what’s so different about his game since Edberg’s arrival?  Nothing very discernible if you ask me.  And quite frankly, the one issue we all know and love (mental fortitude) has not improved at all. He wins on talent, loses on stage-fright.  Same basic pattern.

What about Djokovic’s coaching?  Do you remember Djokovic as recent as 2013?  After that scintillating 2011, he pulled up lame, essentially, in 2012 and 2013.  He lost big matches.  His losses to Nadal at the French, to Murray at the US Open and Wimbledon, and to Roger at Wimbledon were tragic for the Serb; he was a huge liability in big matches.

Enter Becker.  No doubt, Novak is a different player with Boris at the helm.  Djokovic, perhaps on his way to even more incredible major and Masters achievement, destroying records and opponents along the way, clearly benefitted immensely from a solid coaching change.  The Boris effect is great discussion for another day, but who can deny this tremendous addition to camp Nole?

Wawrinka?  Magnus is my favorite, perhaps.  The fact that he orchestrated Soderling’s demoralization of Nadal at the FO is enough for a standing Oh My.  He’s had the same kind of affect on Stan.  Do not discount the Norman factor when you yearn for the Stanimal.  That’s coaching as much as it is the SHBH and bully charisma.

So, what about Edberg?  Too soft (spoken).  I don’t buy it.  I don’t think Federer really listens to his coaches, anyways. They’re rarely listed in profiles.  I saw one recent Federer profile that listed no coach, but his idols were included: Boris Becker and Stefan Edberg. I’m confused.  Granted, he also has the feedback of Severin Lüthi.  But hasn’t this been, always, an interesting part of Roger’s career.  We have to admit that the clear “lack” of coaching presence has added to Roger’s legacy.  Well, that’s a problem. Sure we could applaud the Maestro’s middle-age run of relevancy or we could say get your shit together because you could actually make something more of yourself in these end times of Federer.  Is making finals enough, only to get routinely spanked by Djokovic?

Sure, in another post I say this is his farewell tour; magnificent doesn’t begin to describe his ethos. But in this post I suggest he make even more change to his tennis time machine.  And the time is now! Roger needs less of Roger, if that makes any sense.

The ATP is pretty decimated at this point.  Roger might just win another major, not because he’s playing better than he ever has (ha ha ha ha ha); but because Novak is sure to have some kind of lull and Roger will see the light of day.  Unless a Cilic run gets him or Stan wakes-up grumpy and faces him on clay.

The field, in other words, as of 2015, is a wasteland.  We are waiting for the young Aussies to extend themselves, or some young Euros to catch wind.  The Americans are a few years away (not Sock and Co.).  You’re going to tell me that there are real threats to the top of the sport right now?  Who?

Tell me, oh wise readers: how does Roger not need a coaching change, and/or how is the current ATP not a low-budget film, lacking any major leading actors other than the obvious duo?

11 thoughts on “Federer and the Field”